Today Taylor was in a “Fashion Show” at her rehabilitation facility. The show included many patients and gave a chance for each to walk the runway all dressed up and to music they picked out. It was a lot of fun and I think Taylor enjoyed it. Here she is getting hair and makeup done before the show: 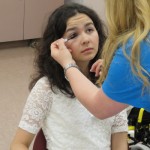 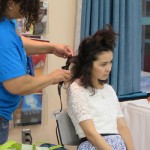 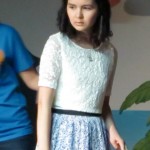 As luck would have it my camera didn’t work just as Taylor walked on stage. I did manage to get a picture of her just as she started to walk off stage. She looked so cute in her outfit: 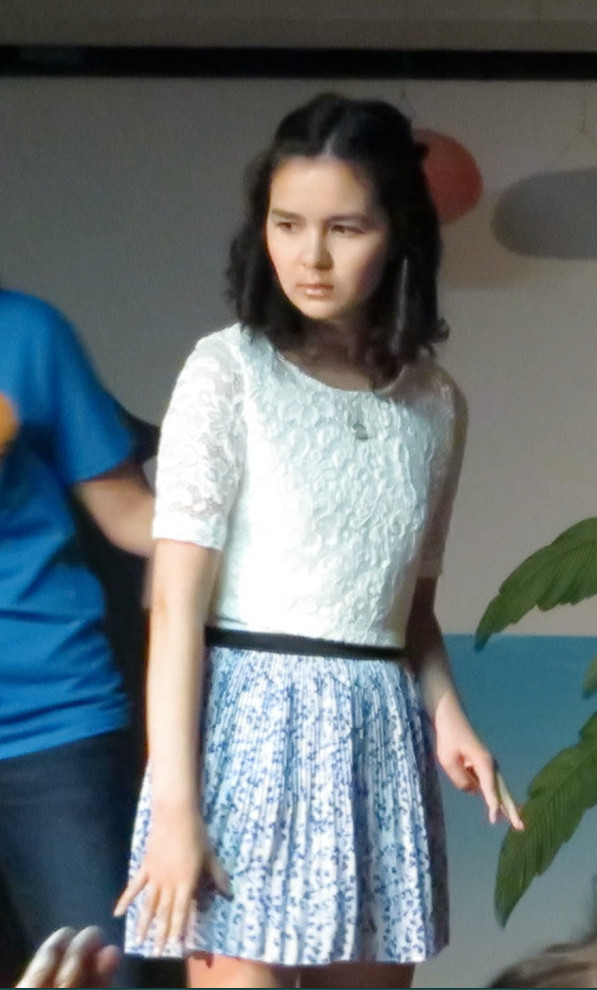 Taylor’s vision continues to be perplexing. She can only get so far with two inch letters as several weeks of trying to get her to recognize them never got to 100%. She was always mixing up similar letters like “E” and “F” or “Q” and “O”. After switching to 12 point letters on plain white cards she was able to get to 100% recognition on the first try. She said it was because she could see the whole letter when they were smaller. Words can also be recognized when letters are placed on the table in front of her. The fascinating thing is the letters can’t be too close together. We did an experiment with 12 point letters on a computer screen. I typed a “T” and she recognized it. Then a few spaces over I typed an “O” (to spell “to”) and she said she could see the “O” but that the “T” disappeared. When I deleted the “O” she said the “T” reappeared. If I spaced the letters two inches apart she could see both but it seemed like she was looking in two different places for each letter. As if she could not see both letters in the same view. We are having fun trying to figure this out.

Taylor loves to get calls and or visits from friends. In the last few weeks she has had several long calls with friends she knew in Boston or Los Angeles. These interactions mean a lot to Taylor she appreciates it so much.